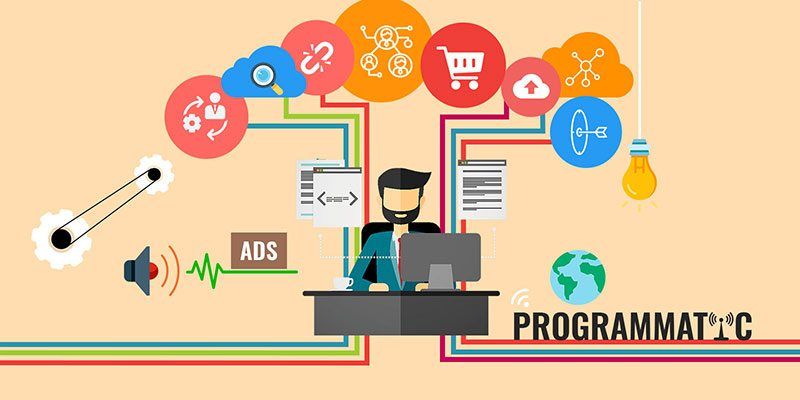 If you are a seasoned player of display advertising, you must be well aware of the fact that traditional buying and selling of display advertisements is a cumbersome process that takes a lot of time to execute effectively and with precision.

Also, tracking metrics of your ads placed through traditional advertising is often difficult and a task of its own.

Did I forget to mention that traditional advertising is usually followed by a contract between the advertisers and publishers regarding the exact number of banner ads to be placed and the tenure of it, nothing more, nothing less and if your ads are not performing well, you are left with no other choice other than to watch all your money go down the drain.

In short, there are a lot of hiccups when it comes to buying some ad space on websites. But Programmatic is here to change all that and more.

If you are hearing the word ‘Programmatic’ for the first time, don’t worry, we will walk you through everything there is to know about this new (kind of) method of buying ad spaces and how it can radically change your ROI when it comes to display advertising.

So, what exactly is ‘Programmatic’?

Programmatic advertising is nothing new but has recently started to woo top level marketers who have now realised it’s true potential.

Simply put, programmatic advertising is the automated process of buying and selling of display advertisements by making use of DSP’s, SSP’s, DMP’s and Ad exchanges.

Are all these abbreviations going over your head?
Let’s look at what they actually are and how they are an integral part of programmatic advertising –

DSP’s or demand side platforms help advertisers buy available media spaces on websites (publishers) by connecting them to various SSP’s and ad exchanges.

SSP’s or supply side platforms help publishers sell available display advertising spaces on their website by connecting them to prospective buyers through DSP’s and ad exchanges.

Ad exchange is where the actual buying and selling of advertisement space happens through RTB (real time bidding) or direct buying.

Real time bidding is when advertisers place bids on SSP’s for ad spaces of publishers they want to place their advertisements on. Publishers, on the other hand, accept the highest bids from advertisers for their mentioned ad space, all of this happens on Ad exchanges in real-time and inventories are sold and bought in real time through AI.

DMP’s or data management platforms are an integral part of programmatic advertising as they provide you with the needed insights on audiences. The main role of DMP’s is to collect data from a range of offline and online sources, segment them into audiences and use those audience segments to let buyers and sellers make better informed decisions about the type of ads they should place for a particular audience type.

Usually, DSP’s and SSP’s also serve as DMP’s via third party integrations and most of them have it.

Knowledge of all these different platforms is vital to start your programmatic journey, but what exactly are these platforms and how many are they?

There are a lot of different platforms out there that are specifically demand or supply side and there are platforms which are one-stop programmatic shops which take care of all the verticals.

I would suggest you to not dive deep into all that fluff and simply trust Google DoubleClick for all your programmatic buying, selling and insights. They are the leaders at it and are the most trusted.

But why go for Programmatic advertising?

Ok, so now you know exactly what programmatic advertising is and where you need to go to try your hands at it. But, is it worth the effort? 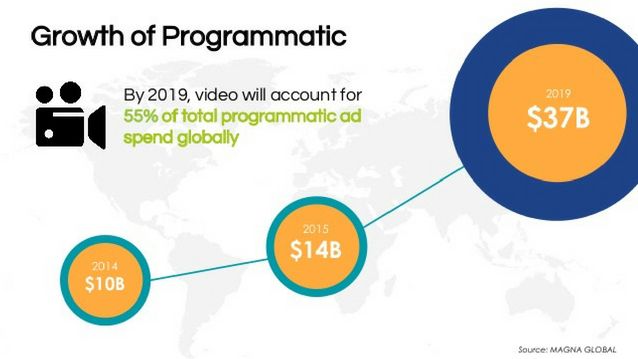 Programmatic advertising has been called the ‘future of display advertising’ and is not just limited to fancy banners on websites. Video ads, mobile ads (apps and websites) and all other forms of advertising imaginable can be purchased via programmatic and it also allows advertisers with some great retargeting options with the help of DMP’s (Google’s DoubleClick has that as well), which is great for garnering the right exposure.

Apart from being instant, there are a myriad of benefits programmatic advertising provides over traditional advertising, which are –

As we talked about before, prices on ad inventory is totally based on impressions. Auction-based media pricing model increases impression-level price transparency and there is no way you can game the system.

Publishers can’t ask for what their heart desires from advertisers in programmatic advertising.

In programmatic, advertisers can cherry-pick publishers based on impressions and selectively choose only those publishers who align with their target audience.

Advertisers can track how their ads are performing in real-time and optimize accordingly, which is great as nothing of this sort was available in the traditional model of advertising. Advertisers can also make use of detailed campaign reports that most DSP’s provide to make better informed decisions in the future.

You can spread the marketing wings of your campaign as much as you want with programmatic, ofcourse it all depends on the budget you’ve allocated for display advertising. With programmatic, it can be done easily with a click rather than contacting different publishers for ad space, which was the norm in traditional advertising.

Programmatic advertising puts you, as an advertiser or  publisher, in the driver’s seat as you have the option to select the publishers or advertisers you want, the number of ad spaces you want to buy or sell, the price you’re willing to pay or get for each ad space and if the performance of your bought ads isn’t performing upto your expectations, you can always pull those ads in an instant.

With so much of power and publishers at your disposal, it’s quite easy to come across a fraud inventory and misplaced ads.

According to WARC, the international authority on media and advertising effectiveness, the fraud rate (assumed) on programmatic spend was as much as 30%. 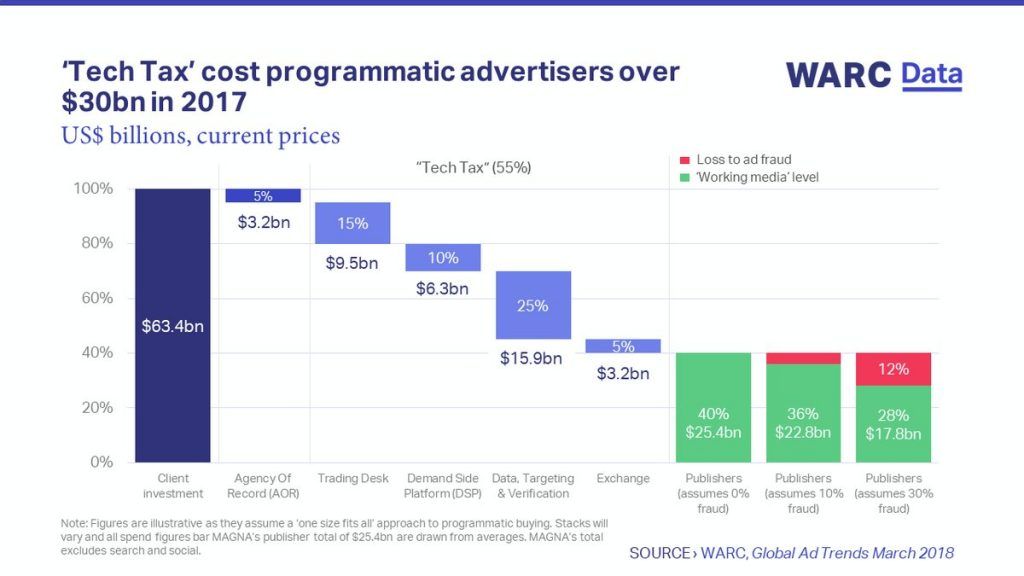 There are basically two major types of frauds which have currently plagued the programmatic advertising industry with an estimated loss of around $6.5bn, according to the ANA (Association of National Advertisers), which are –

Misplaced ads are a great threat to a brand’s image as your ads can be displayed right next to some objectionable content which you’d really not like your brand to be associated with.

In the past year, as much as 43% of marketers claimed that they were already facing some reputational problems with programmatic advertising as most of their ads were placed right next to undesired or objectionable content and 37% of them pulled their ads as soon as they found out about it.

And it can have some serious repercussions with your target audience as well, as one in five consumers (19.5%) state that they would likely take some direct action against a brand if it’s advertising appeared alongside objectionable content either by completely boycotting the brand (10.5%) or being local about it (9%), according to ANA.

ANA also states that the estimated loss of $6.5bn could have been reduced to just $700 million if the entire industry had adhered to their safety guidelines.

By following these guidelines, marketers can make use of the full potential of programmatic advertising and save themselves from getting stuck with hollow metrics that portray a fake image of your digital campaigns.

As this industry matures further and big players like Google entering into the market, we think that it will be a lot safer for marketers to initiate their programmatic endeavours without any risk of deceit and fraud.