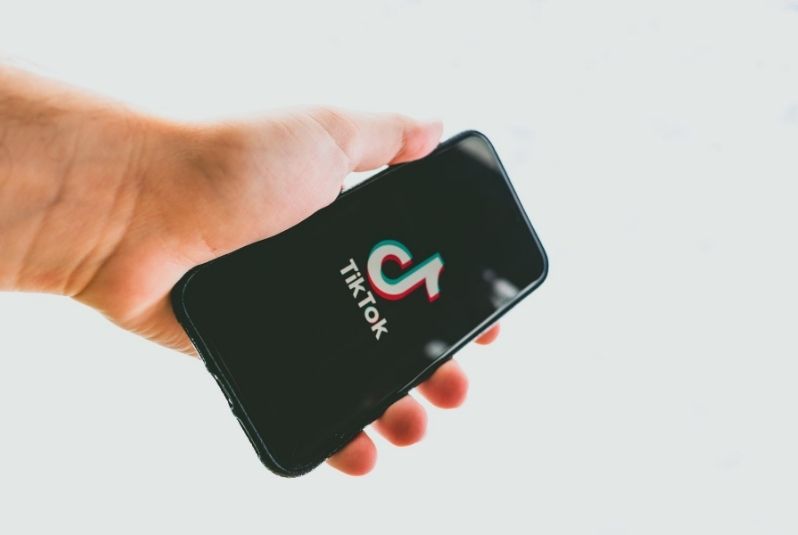 Anything said in explanation to the rise of social media platforms will be an understatement. So we’ll get straight to the most popular social media app, which has about 34% of the world’s population as its active user base– Facebook.

Since 2006, Facebook has witnessed staggering growth and still continues to grow every day. Compared to its other counterparts like MySpace and Orkut, Facebook stood the test of time and emerged victoriously. The one edge they had over everyone else was that it was considered “safe” and made sure they offered everything their competitors had and more.

Another trending platform that took off in 2006 was Twitter. They had an interface so unique that people were drawn to it like a moth to a flame. Not as many people joined Twitter compared to Facebook, but the ones that did were carried away by the platform’s ability to offer open communication. People now had an active chance of communicating with even celebrities, and the rush was almost cult-like.

Instagram launched in 2010 and changed the entire game of social media altogether. A visual-based photo and video sharing social media platform that took the internet by a storm. It gained massive popularity in a short time span and is now one of the most crucial social media apps for influencers. Facebook acquired Instagram in 2012.

In 2011 came the uber-cool Snapchat, which had an exciting feature to offer for privacy driven individuals. It launched as a photo and video sharing app that only had the content available for a period of 10 seconds. It also notified the users if the viewers took a screenshot or recorded the contents. Snapchat gained popularity just one year into its launch and has since been a great platform for video marketing.

Then came the most controversial social media app, which was on the road to surpassing all its predecessors- TikTok, formerly known as Musical.ly. The video-sharing app was revamped by a Chinese company Bytedance to comply with its own lip-syncing app Douyin. TikTok became a massive hit amongst the audience surpassing Facebook, Instagram, and Snapchat in monthly installs, it was downloaded over 1 Billion times in a month.

With the recent ban of Chinese Apps, including the stalwarts TikTok and WeChat, are we prepared for such sudden changes? Imagine losing millions and billions of followers overnight. It is a nightmare for marketers who have worked so hard to build this brand voice and followers.

Before TikTok, we had Triller, but we just can’t compare the popularity, fine, with the ban, people might consider Triller and other options and shift. TikTok mass appeal is second to none, and it gave livelihood to so many people. Man, hate it or love it, they are some really creative and cool videos, popular among all age groups.

No doubt, Triller is pitching well, and in reality, they are the OG of the short video-making app with music. However, Triller shifted to a social media platform with a feed where users can scroll through videos and follow each other. Big names on the app include US President Donald Trump, music artists Cardi B, Alicia Keys, Miley Cyrus, Chance the Rapper, Marshmello, DJ Khaled, and former professional boxer Mike Tyson.

When it comes to ownership, Sony Music Entertainment, Warner Music Group, and Universal Music Group each own a minority piece, but US-owned Proxima Media is the biggest investor and rappers Snoop Dog, Lil Wayne, Kendrick Lamar and The Weeknd among its investors.

With such a significant rise in the user base of these social media apps over the years, influencing started to rise as well. Instagram had over 12.9 million paid social media influencer posts in 2017 itself. All these apps have served as common grounds for people all over the world, blurring the borders. A key aspect that led to the rise of social media is the structure of these apps. Social media apps have the best user interface to offer; they’ve created such simple and easy platforms that have generated universal appeal. All these services provided by the apps are free of charge; instead, you can make money through them, another powerful tool to drive the masses. Influencing has emerged out to be a means for individuals to create brands and set trends. The influencer marketing industry is expected to reach $9.7 Billion in 2020. People have created businesses worth billions through social media influencing. Let’s take the example of Kylie Jenner, the most famous influencer of all time. She was recently featured in the Forbes billionaire list, all thanks to her fanbase on social media. She grew her cosmetic empire solely based on social media influencing. Influencers are actively using social listening to engage in conversations about them and their brands to increase engagement. Social listening has enabled influencers and brands to track and analyze related trends to optimize their social media marketing (SMM) strategies. 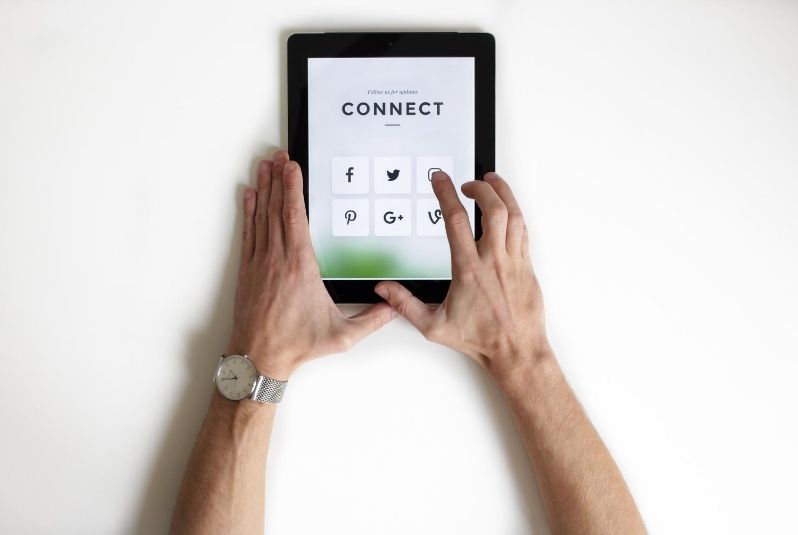 Social media has become an imperative aspect of everyone’s life, it plays a huge part in our personal as well as professional relationships. It is changing everything from how we do business to the way society functions at a breakneck speed. Let’s discuss a few ways it’s changing our world-

An imperative aspect of any marketing campaign

Businesses around the globe are adopting the use of social media campaigns to create brand awareness and engage with their customers. According to SocialPubli Influencer Marketing Report, 93% of the marketers use social media influencers and 54% of marketers are willing to spend over $250,000 on influencer marketing. It has become customary for brands to update their social media handles regularly and some are even resorting to using it as a platform for new announcements. Especially during the pandemic, brands have thought of social media marketing (SMM) as a rescuer in promoting their products. Brands are moving out of their formal bounds and are actively engaging in social media banter. Taco Bell has been famously responsive on twitter since early on in this decade. One of their replies in response to Old Spice tweeting “ Why is that “fire sauce” isn’t made with any real fire? Seems like false advertising” is one example of how humorous and engaging social media handles of brands can be. Taco Bell made their comeback with “OldSpice is your deodorant made with really old spices?”.

Social media has also allowed citizens to source ideas, plan and initiate movements significant for the betterment of the world. One spectacular example of this is the ‘Black Lives Matter’ Movement which took the US by a storm with people amidst a pandemic coming together to advocate a cause. Social media was flooded with responses from all over the country from celebrities to influencers to brands, educating the masses about the social disparities black people are continuously subjected to.

Social media also serves as a platform for people to voice their opinions in response to the actions of governments and leaders. It has increased political engagement to the extent that 38% of social media users promote posts related to politics or social issues as per the Social Media and Political Engagement survey.

Who would have thought people would be able to contribute to disaster reliefs from one corner of the world to another? Social media has made it so easy that you can do in just a few clicks. With social media platforms offering numerous options like Facebook’s Safety Check and CrisisMappers Network, it has become easier for people around the globe to help each other out in times of need. Influencers and brands play a key role in motivating the masses to help out with actively engaging in relief programs. Social media has effectively empowered people in ways one could not have fathomed, we are given the power to raise our voice and contribute towards the change. 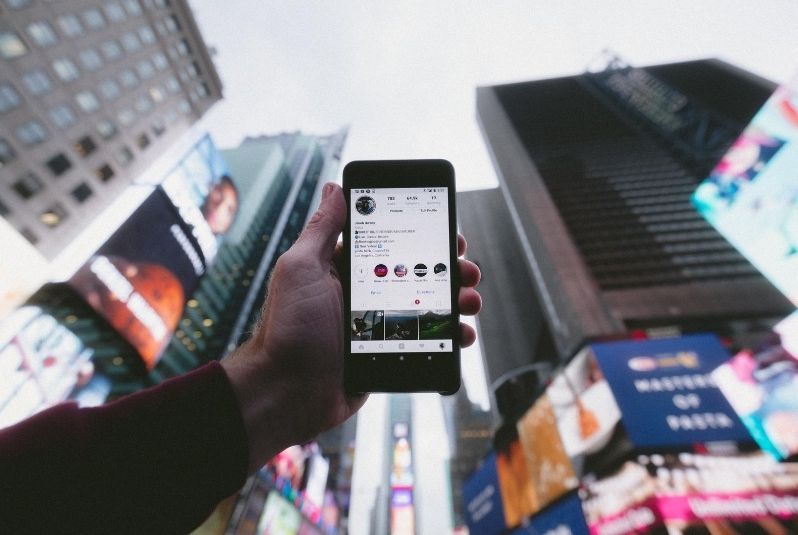 Now, what will happen if one of these social media platforms is banned in your country? How will the audience recuperate? What should be the next strategy for active users? Let’s walk you through the scenario should any such thing happen.

Reasons for the ban

Social media apps like TikTok have a mass appeal and serve as a creative base for its numerous users. It has also been a platform for advocating political and social issues for millions of them. Big time influencers of the app are now migrating to other apps and appealing their followers in doing the same. It can be very hard and stressful for active users to leave behind their communities and start afresh elsewhere, but one can ease their transition by following these simple steps. And, let’s not forget there is still hope for the lip-syncing app as Microsoft and Twitter have placed their bids already.

Social media scenarios are ever-changing, what remains constant is the community you build and the value it holds. Don’t be disheartened if your favorite social media app is banned from your country, connect with Saffron Edge and let us explore other apps and opportunities for you. We provide complete marketing solutions from concept to execution, packed with social media marketing (SMM), video marketing, influencer marketing, and more for your diverse and peculiar needs.